Wes Anderson: How to define your own aesthetic?
Skip to Content

﻿If there is anyone to thank for introducing the word “aesthetic” in everyday vernacular, it's Wes Anderson. Revisit some of the dreamiest cinema moments to remake your style.
It is imperative that film influences fashion. Wes Anderson has established a particular style in which the use of symmetry, contrasting color palettes, geometric patterns with a touch of nostalgia is executed almost effortlessly. If you are anything like me and love naturalistic vivid details, you will love the life-like shots in his films. More so than the film, what adds true character are the characters themselves! Lets explore some of the most whimsical onscreen moments.

1. Peter L Whitman in The Darjeeling Limited
All we needed was Adrien Brody in a tweedy gray suit with those retro tortoiseshell aviators. Smartly cuffed shirts with a basic brown leather belt and tan loafers to complete the look. 2. Steve Zissou, The Life Aquatic With Steve Zissou (2004)
With a plan to exact revenge on a mythical shark that killed his partner, Oceanographer Steve Zissou (Bill Murray) rallies a crew. The whole team in a red and blue ensemble. Who knew life underwater could look so marvelous? 3. Sam and Suzy, Moonrise Kingdom (2012)
This heartwarming coming-of-age comedy-drama showcases two mismatched runaways in love. Sam travels in a badge-covered scouts uniform with a yellow scarf and trapper hat. Suzy’s selection of pink and yellow Peter Pan–collar dresses with knee-high socks made her stand out. 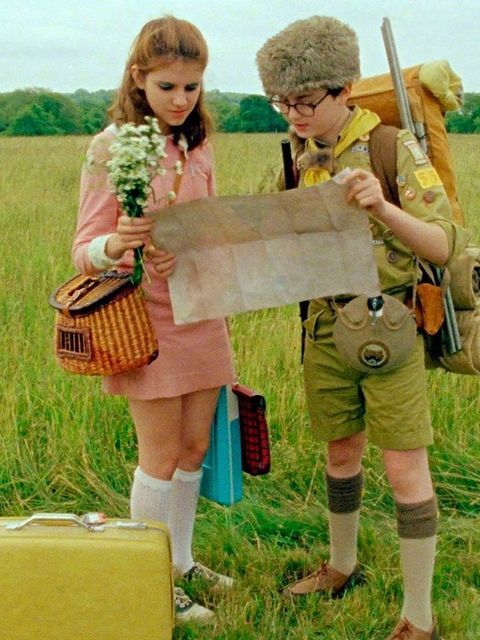 4. Agatha, The Grand Budapest Hotel (2014)
The film is one of escapes and ecstasy, for the characters as well as the audience. Much like the double sweet screenplay, Agatha plays the sweet-natured bakery assistant who falls in love with a bellboy. 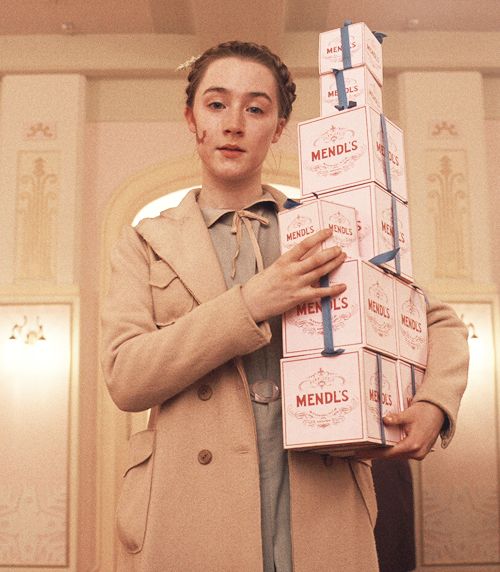